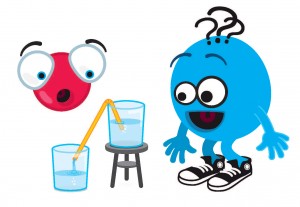 Science Festival 2013’s main theme was water, so syn2cat researched how we could hack something as common as H2O. We found that non-newtonian fluids were a great subject, especially corn starch mixed with water (called oobleck). The planning consisted of preparing several essential experiments and some accompanying optional bonus items.

We would like to thank the organizers for believing in our cornstarch pool, which we initially feared wouldn’t be possible because of the accompanying mess. 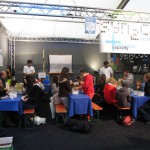 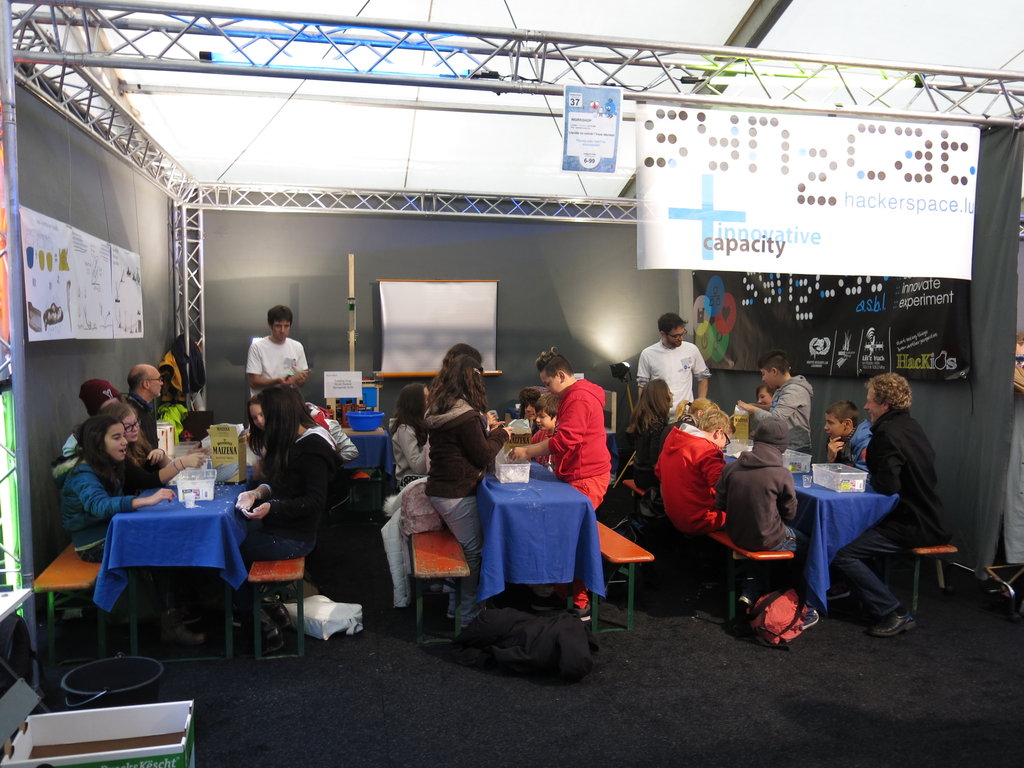 first classes getting messy with cornstarch

The science festival is in two parts, the first 2 days are reserved for school classes where each booth presents their experiments to classes. The kids could mix their own cornstarch solution (use 2 cups of cornstarch, one cup of water) and then get their hands dirty while experimenting with it’s surprising properties. After this first part, hands got cleaned and we put the previously created mix on a vibrating loudspeaker to show the cornstarch monster. 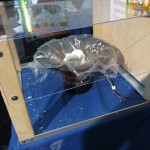 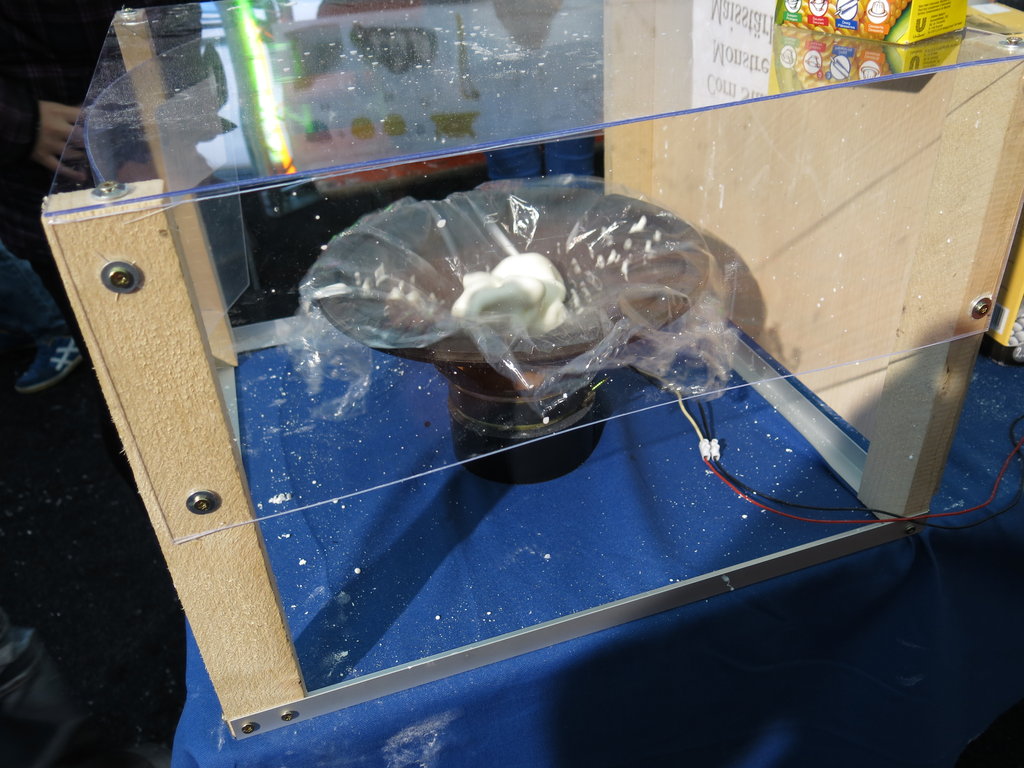 To add to the non-newtonian family, another setup showed soap behaving strangely. The Kaye effect with shampoo ejecting streams sideways and dish washer drops whizzing and jumping around almost frictionlessly. 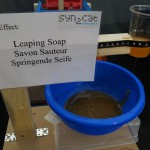 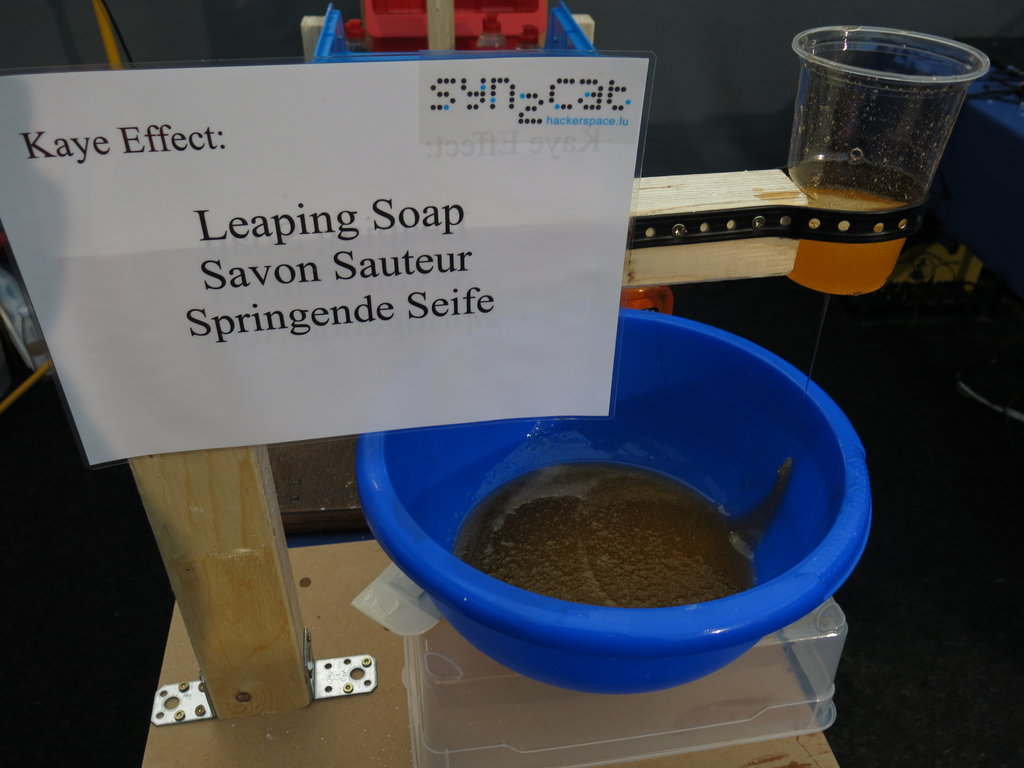 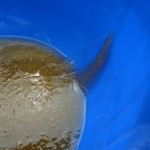 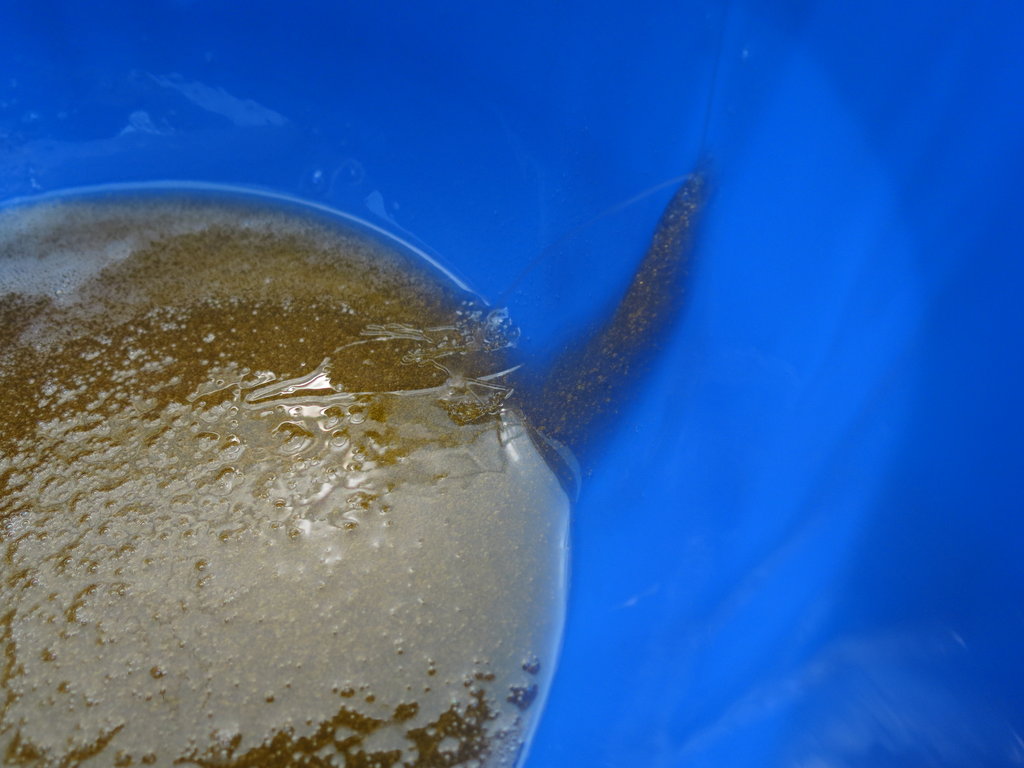 the Kaye effect in all splendor

We stumbled across the soap droplets’ behavior while testing soaps for the Kaye effect. Is this a new discovery?

During the weekend the Science Festival was open to the whole public. That was the moment we wanted to have the anxiously awaited corn starch pool set up.

Around 8000 persons showed up, mostly parents with their children. We had the cornstarch monster running in continuous mode with a manned station where kids and adults alike could touch the white mass. 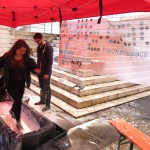 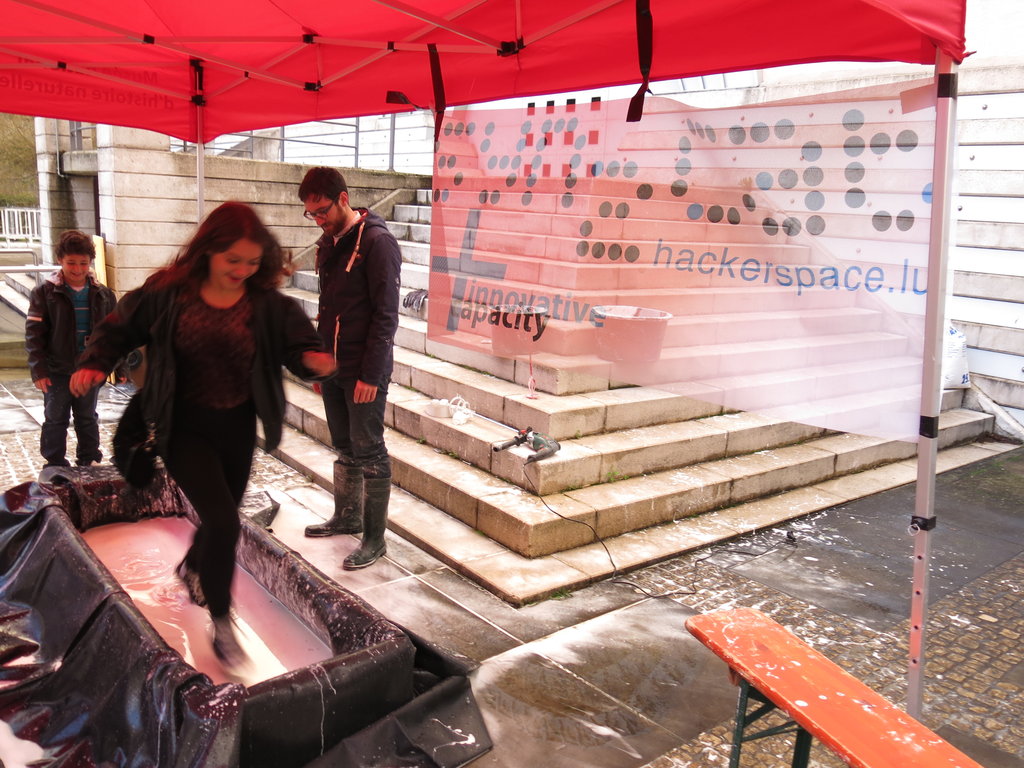 From there we invited everyone to go check out the red tent (thanks to the organizers for providing this) where they could “walk on water” (this was not done for the school classes).

On Saturday, the weather was sunny and we could run the cornstarch pool all day long. I would like to especially thank Thierry who stayed almost the whole time in the cold at the pool. At noon Gunstick went to radio Ara to participate at the syn2cat Let’zHack show to talk a bit about his impressions of the festival.

Besides this, the soap setup was also running, with accompanying video from University of Twente in the background. The video became essential on sunday as all our shampoo became thick and full of bubbles, killing the effect. Contrast this with the soap drops, which stayed in shape and kept on happily jumping around. 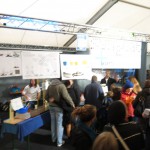 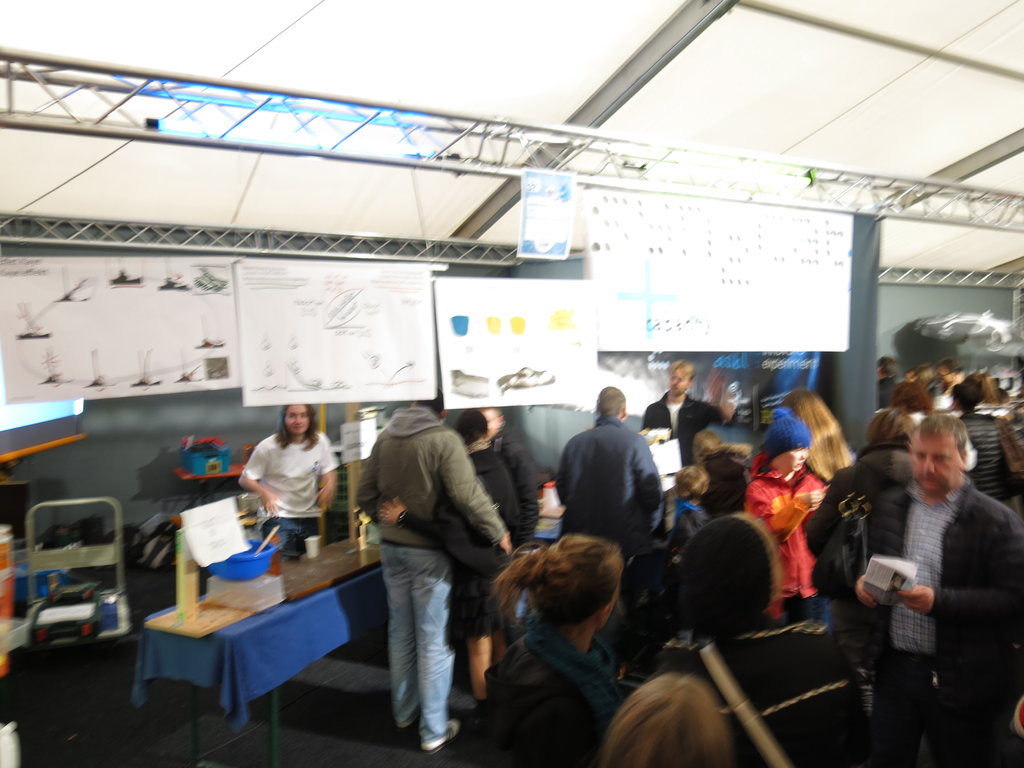 visitors at our booth 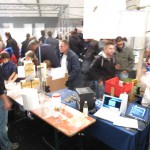 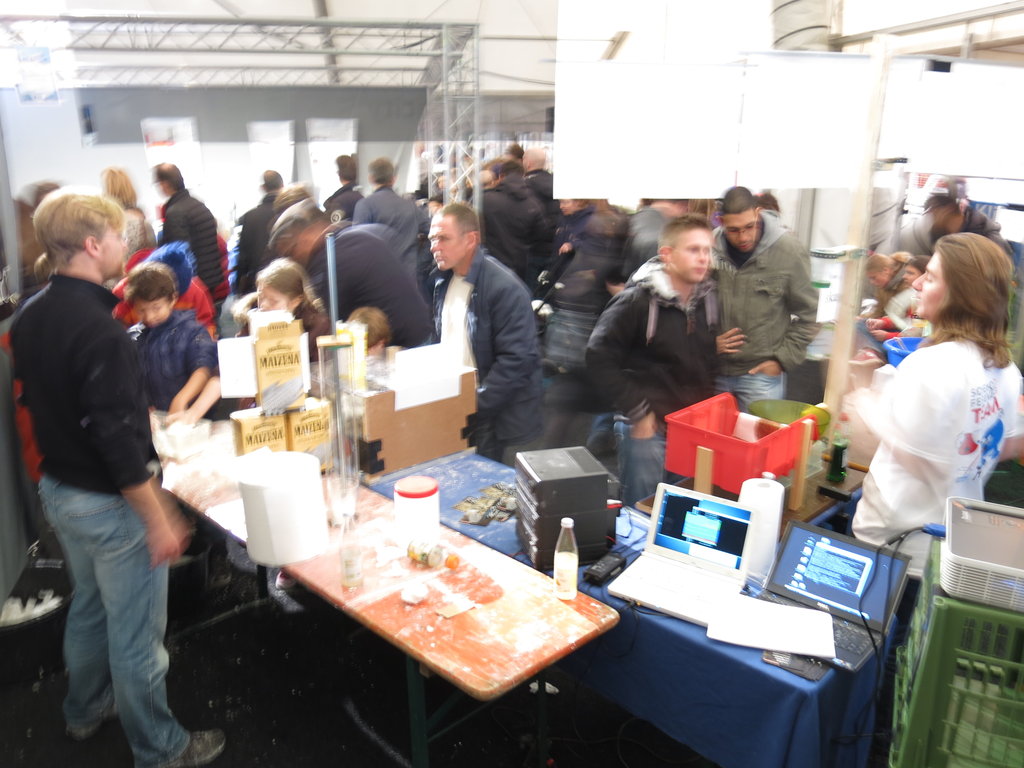 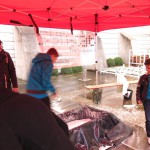 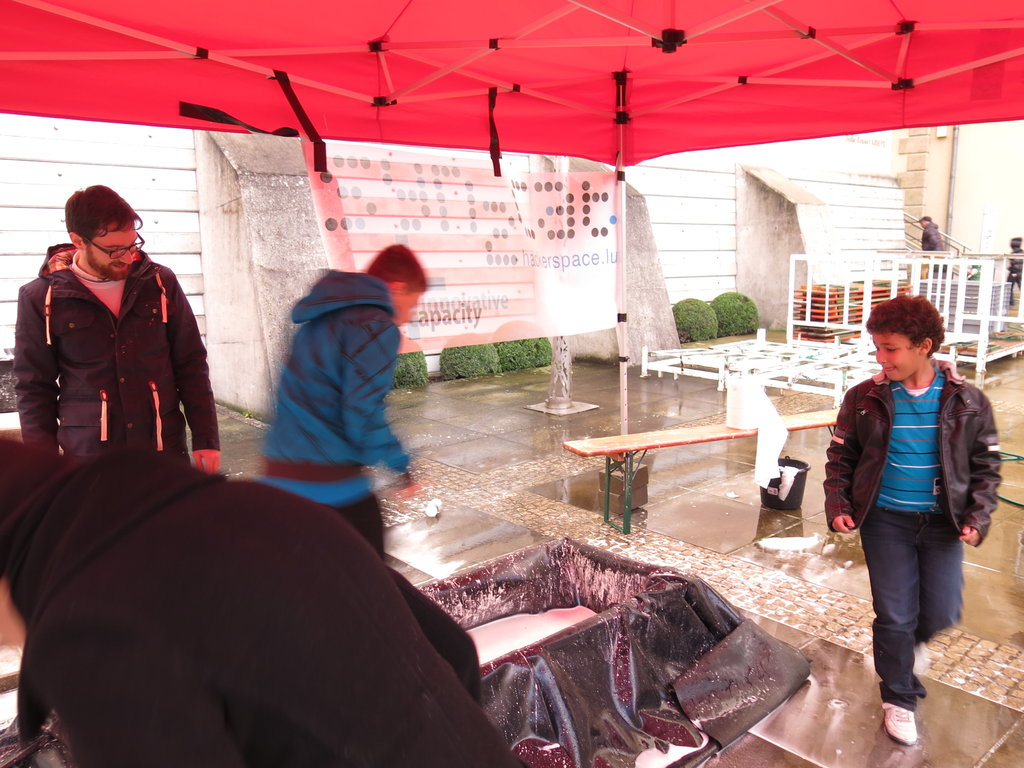 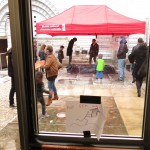 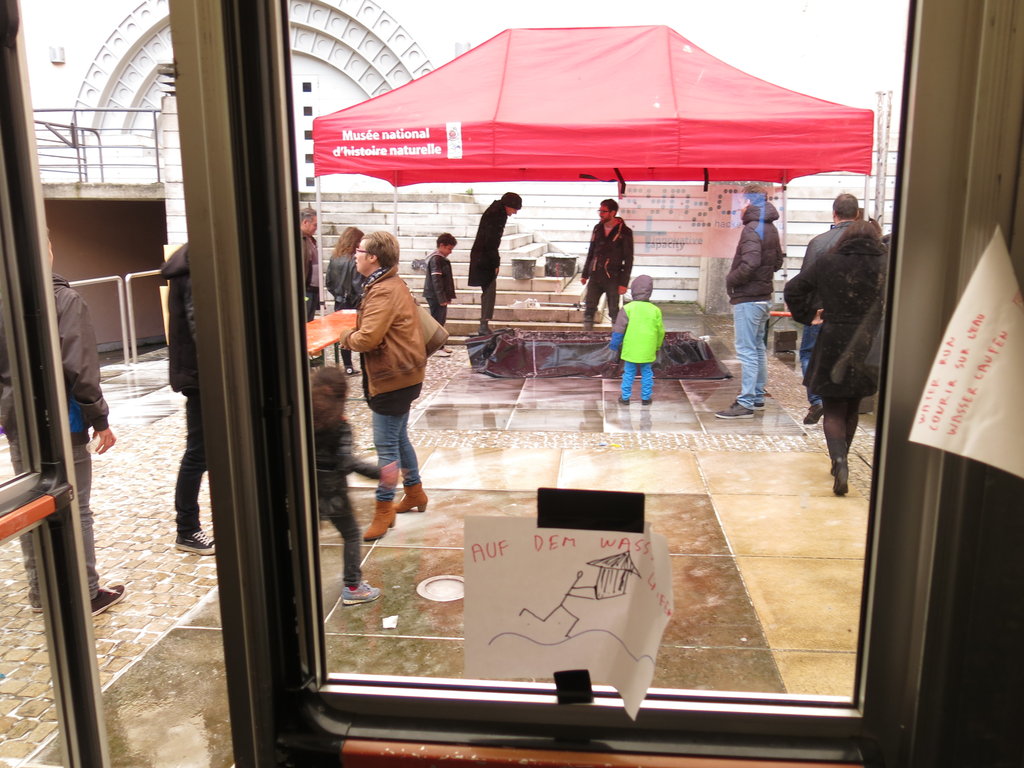 the pool was outside

On Sunday the morning was rainy, so we didn’t run the pool then. The afternoon the weather got better with some sunshine and we  had again a great success! Especially with the kids, who had great fun running across time after time after time. Because of the weather we did not ask people to remove shoes, and at some times shoes needed to be rescued before being sucked to a “corn-starchery” grave. As the oobleck is mostly solid under the stress of  someone walking on it, shoes did not sink and the occasionally falling child could be lifted off with almost no cornstarch traces on the clothes.

Then came the end of all it and we managed to load everything into just 2 cars. After a nice meal we unpacked at the hackerspace. The following days more and more science festival stuff magically disappeared into the various storing capabilities of our beloved space. Just some white corn starch traces show that there was something going on. 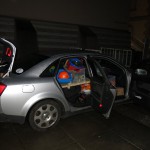 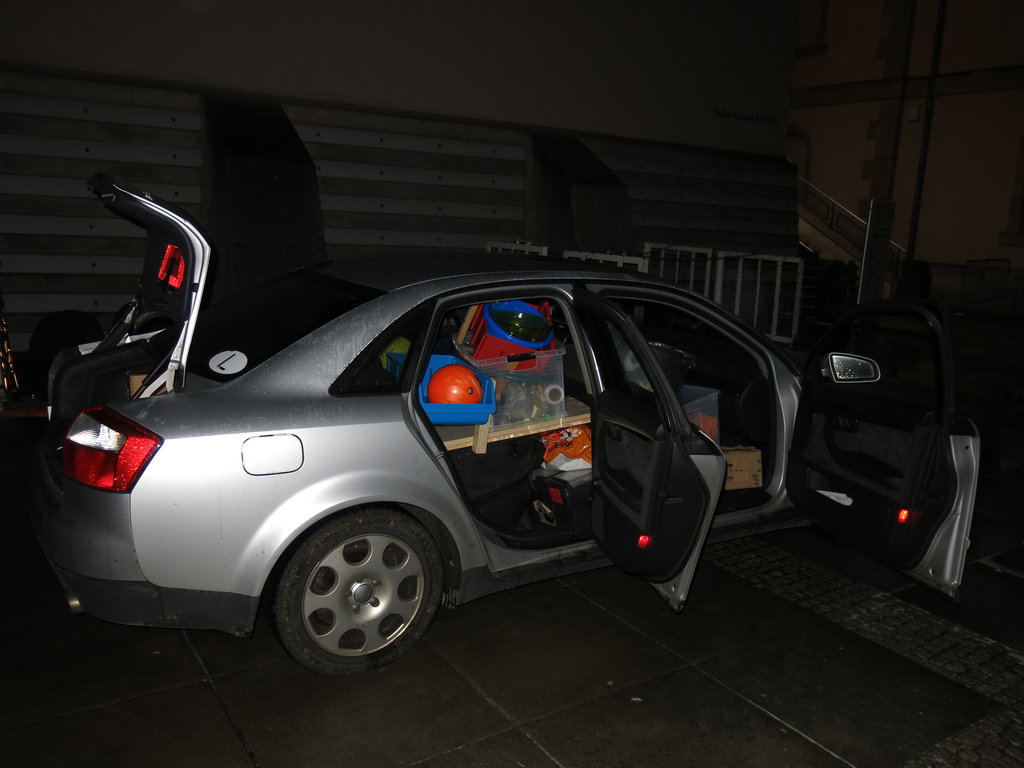